When it comes down to donuts, you could either eat one regular store bought donut OR eat an entire batch of these mint chocolate BAKED donut holes!  Sometimes the choice isn’t crystal clear, but most of the time I know exactly what I would choose!

Ah, the donut.  Sweet, fluffy, fried goodness.  A weakness for many, but personally… I simply can’t justify eating that amount of macros on only a few bites.  Since I prefer volume eating on most occasions, I would much rather eat a larger portion of something to feel satisfied and regular donuts would definitely leave me feeling hungry immediately after I swallow those few bites.  So, you can usually only find me enjoying a store bought donut every now and then!

However, when the donut craving comes around I simply whip up a batch of baked protein donuts!  While its certainly not the exact same as eating a regular donut, it sure is satisfying being able to eat a couple of handfuls of them!  Whole grains and high protein will also help to keep me satisfied for much longer!  And because I’m such a fan of “finger foods”, I turned my regular donut recipe into donut holes with the simple switch of the pan & baking method.  My daughters cake pop maker STILL comes in very handy around here!

For this batch, my heart was begging for some mint chocolate action… I’m a sucker for the flavor combo.  Mint chocolate everything (and if you add a little coffee to the mix, its mint mocha everything)!!!  First things first though.  Make the batter and bake them off!  Using the cake pop maker, the entire batch will take about 10 minutes.  If you are using the batter in a donut pan or mini muffin pan, the batch will take about 15-20 minutes.  Now you see why I chose the cute little cake pop maker 🙂 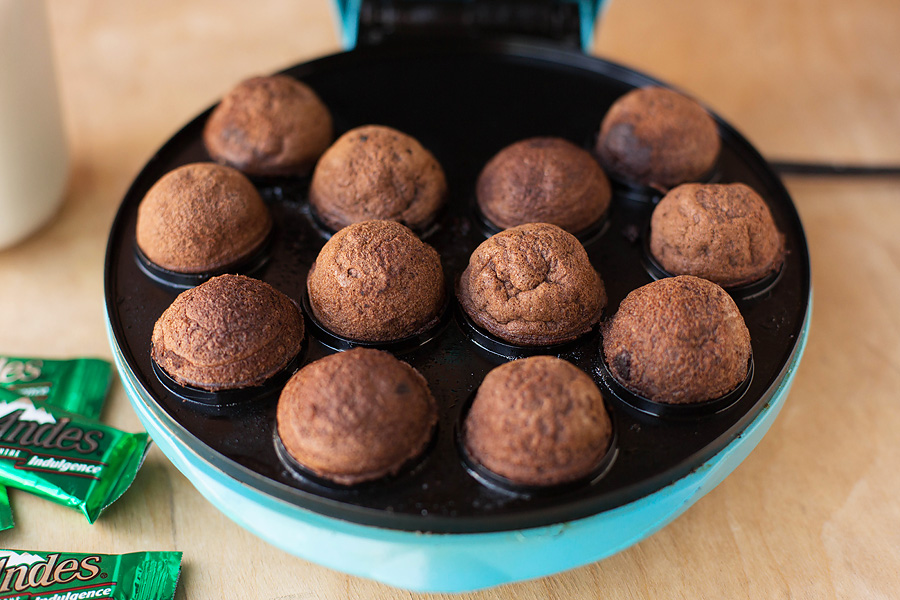 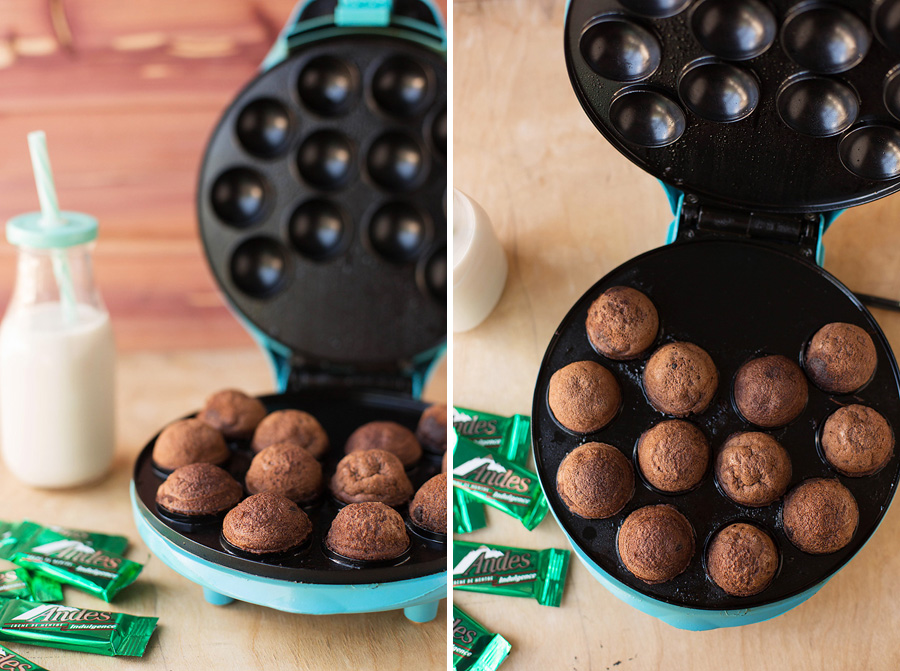 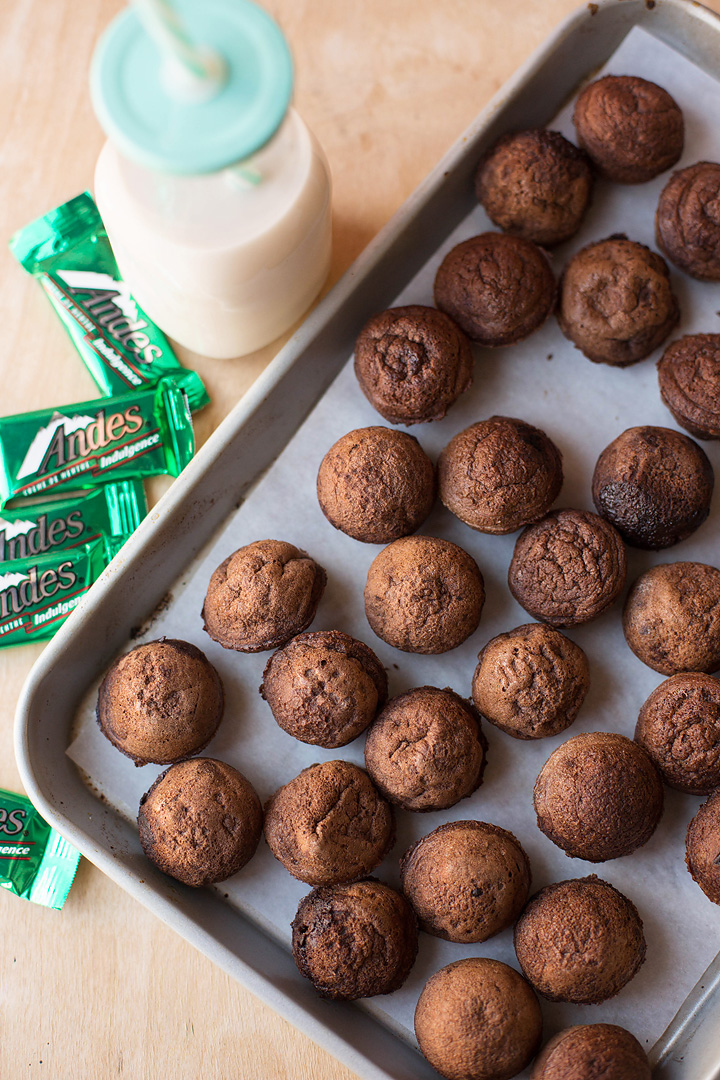 Once you have them all baked, they are ready to go!  Little, fluffy, minty, chocolatey, donutty bites.  Why stop there though?  How about a little extra chocolate glaze?  And this glaze won’t give you nearly the same sugar high that regular donuts will.  It’s just a mix of these chocolate chips and a smidgen of coconut oil! Melt them together in the microwave until completely smooth, stir, and viola!  Although if you are anything like me, you will lose 1/2 the batch before you even get to the glazing & topping.  As soon as I pull the donut holes out of the cake pop maker, they barely ever make it onto a cooling pan! 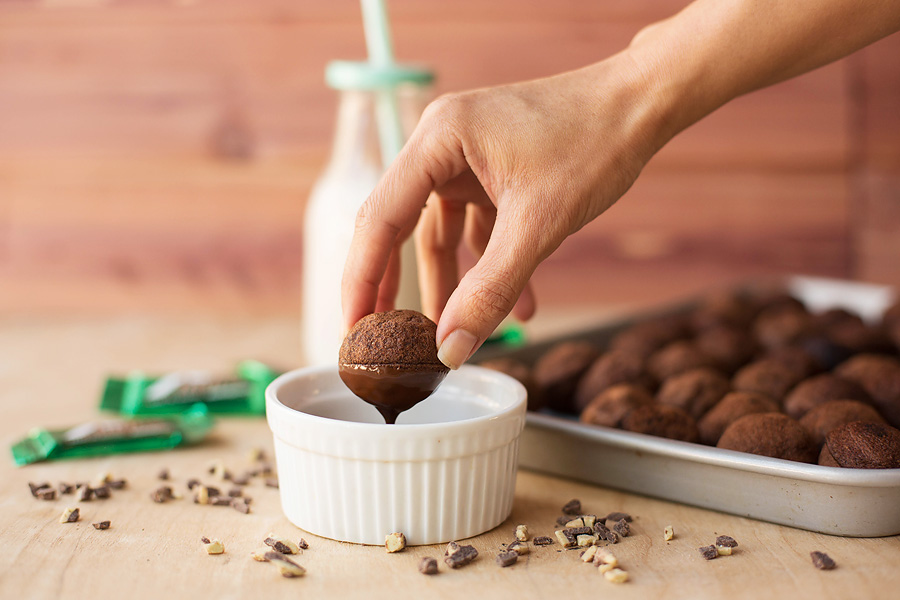 And again… why stop there?  Macros are SO darn good on these donut holes, you can afford a few chopped bits of your favorite mint chocolate candy (any would work, but I chose Andes mints).  Extra flavor and some added texture!  Did you know you could actually find pre chopped Andes mints now in many baking sections of regular grocery stores???  Hello time saver, I love you. 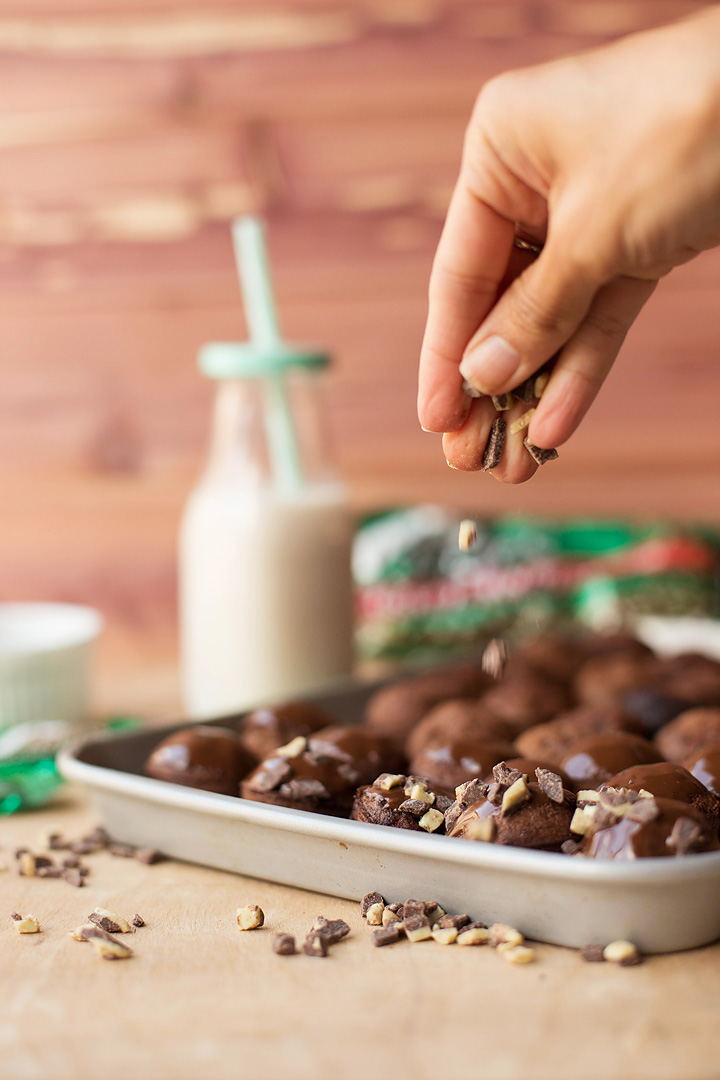 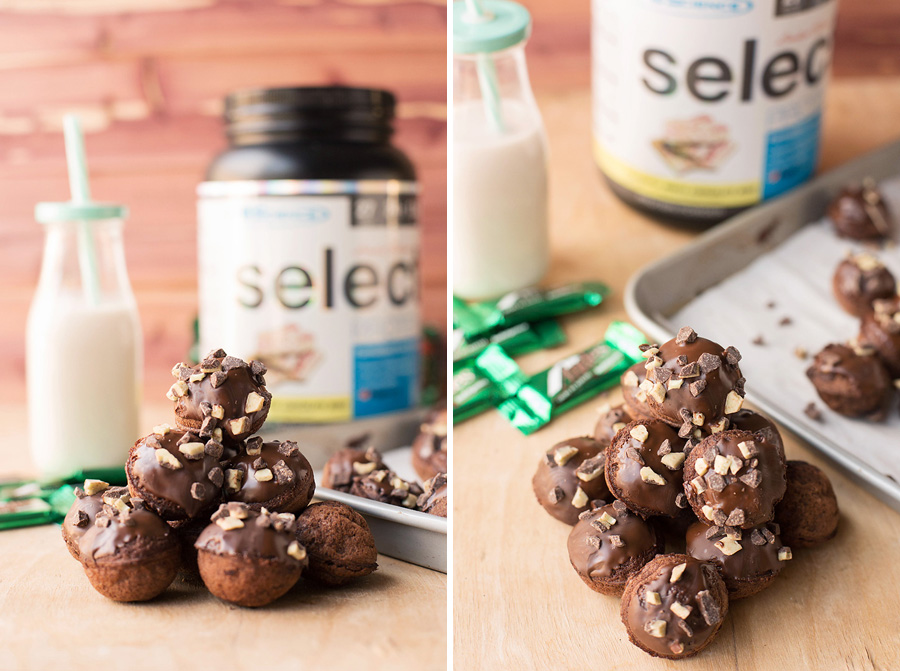 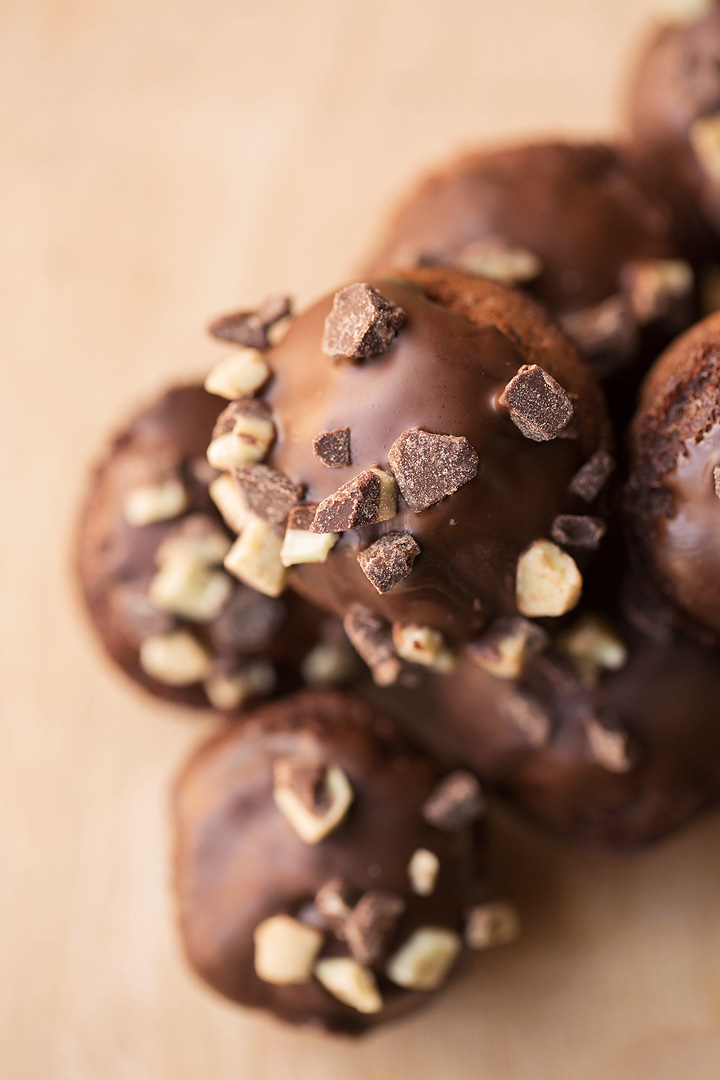 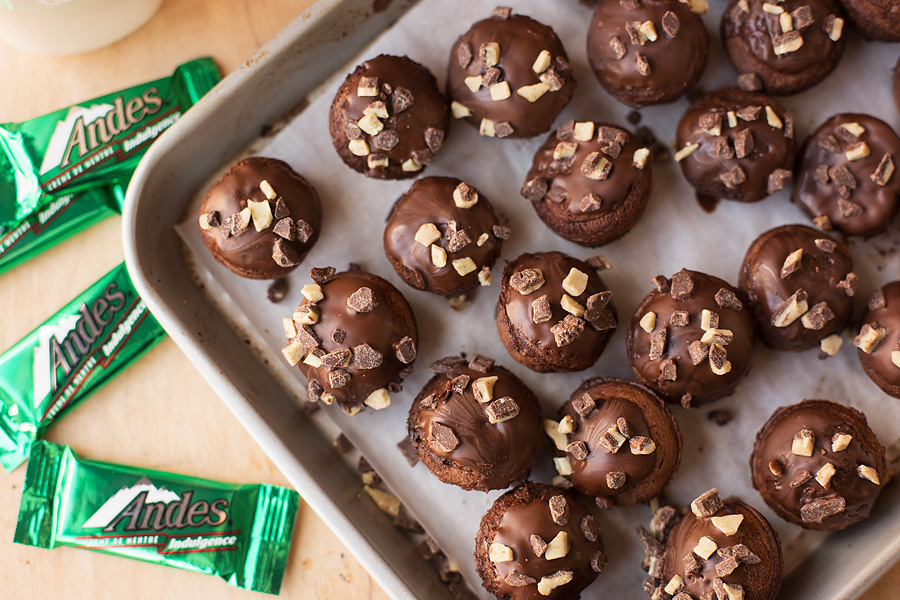 Mint chocolate donut holes going once, twice… SOLD (every single time)!  Even the most powerful donut craving can be satisfied with these nuggets!  And with only 37 calories PER donut hole (yes, you read that properly), you can definitely eat a couple of handfuls of these without even a second thought!!!