Today is extra special for me because I’m going to be giving you a peek into my family’s life and share a little bit about what its like for me living with my medical conditions, but more importantly giving you a glimpse of what its been like for my daughter since she was diagnosed with a very aggressive autoimmune disease only a few months ago.  Our family’s life was forever changed, however my little one seems to be following in her mother’s footsteps and showing everyone around her that although “life” may be different, there is absolutely no reason to stop living OR doing what you love.  She continues to make us proud in more ways than I could ever imagine or even hope for… before I dive into the bulk of todays video, let me share a little of Makena’s background story.

Makena absolutely fell in love with volleyball a few years ago.  Because both myself and her dad played the sport we were beyond excited when she picked up a ball and actually enjoyed learning the game.  Not only that, she was good… really good.  Far better potential than either of us had at that age thats for sure!  This year she made the junior olympic national volleyball team which is highly competitive, the season runs for 8 months, they train 3 days per week, with traveling tournaments 1 to 2 times a month.  You can understand how devastated we all were when she was diagnosed with Still’s disease or Systemic Juvenile Idiopathic Arthritis this past January.  One day out of the blue, her joints began to swell, she was struck with daily high fevers, widespread body rashes, extreme fatigue, and could barely muster up the energy to get out of bed each morning.  Literally overnight the little girl we had known for 11 years was gone and would never be the same.  This was easily the most difficult time in all of our lives’ thus far.  We were scared, we were confused, we were angry, and we certainly didn’t know what the future was going to bring.

Luckily though, she was diagnosed very early on after the initial onset, probably within 4 weeks or so.  She was seen by every doctor you could think of and once her diagnoses was confirmed she was able to begin very aggressive treatment.  Within the first few days of her daily injections, fevers reduced, joint pain and swelling decreased, and her rashes began to fade.  Initially, it was extremely difficult for us all to adjust to this new life, but here we are 3+ months later and we have a “new normal” in our lives’.  Although Makena still struggles with minor symptoms here and there, she’s so much better and we definitely could not keep her off that volleyball court.  Here is a glimpse of a typical tournament day for our family now.  Keep in mind, this is family now living with two chronic illness sufferers under the same roof!  I’m fairly certain we have things down to a science… well at least this tournament it appears that way!

Makena doesn’t necessarily like eating at 5am, but will usually want something close to the time we arrive at the tournament.  9 times out of 10 I will make her a yogurt parfait because its something she can eat on the go and doesn’t have to get warmed up. All I need to do is throw some yogurt in a mason jar with some fruit and then I pack along some granola in a zip lock baggie that Makena can dump in just before she’s ready to eat.  Screw on the lid, keep it in the fridge, grab it in the morning as we head out the door, and her breakfast is usually eaten at some point on our drive up to Orange County.

Because I practice intermittent fasting and keep a keto diet, eating is a lot easier in some ways… just takes a bit more planning.  For the first few hours after waking up, I’m drinking only herbal tea.  I usually have about 40 ounces in me by 10:30-11am.  So the typical “breakfast” is not needed.  When I’m done with my tea, I usually technically break my fast with my own version of “bulletproof” decaf coffee.  here I’m getting it all lined up so in the morning all I have to do is make a fresh batch.

Most people who do bulletproof add coconut oil and butter.  I do 2 cups of decaf, 2 teaspoons of homemade ghee/coconut oil/or MCT oil, stevia, 1 scoop of collagen which is great for joints, hair, skin, and nails 1/2 scoop of glutamine which is an essential amino acid which is good for digestive and brain health, muscle growth, and athletic performance.  And sometimes I will add in some L-carnitine which is great to combat fatigue.  For mornings I need to have stuff ready like before a tournament, I throw the powders into a little plabcti container.  Then In the morning all I have to do is throw it all into the blender and put it into my HydroFlask to drink later on in the day.

Because we never know when the tournament will be over or how long its going, I pack at least 1 meal for myself.  For this tournament, I did leftovers which is a very typical first meal for me anyways.  Here we have a big bed of greens, romaine, and arugula.  Then I added the chicken and veggies from the previous nights dinner, and topped it off with my homemade pesto sauce (also leftovers).  Stored and into the fridge and ready to go for the following morning.

I also like to pack myself some quick snacks or extra protein in case I’m in a pinch to nibble.  Usually these things only come in handy when I’m bored because when you eat keto, you NEVER find yourself “hangry”… insulin levels remain steady and constant throughout the entire day BUT I am a huge snacker so you can typically find me chomping on a little something here and there after I break my fast!  For this tournament, I packed up some olives, sachi inch seeds, and soaked & sprouted almonds and pumpkin seeds I had from earlier in the week.  Ia also there in a can of tuna and an avocado just for good measure.  Last bit of food stuff is my “eating out” kit… its tradition to head to a restaurant once the tournament is over.  Eating out on keto is extremely easy BUT when you have sever food intolerances, its a bit more difficult.  I’ve post about my little “kit” on Instagram many times.  I usually just bring along a salad dressing, some ghee or coconut oil to pour over steamed veggies, BBQ sauce, and if I have a feeling we are going to a burger place, I will also whip up some thousand island.

Then I will get the last few things ready to go like supplements, vitamins, and herbs.  Most importantly are the digestive enzymes that both Makena and I take.  Over 80% of our immunity is in our stomachs so you can always catch me doing whatever I can to improve digestion and gut health.

I do chewable ginger which helps when you are feeling a bit nauseous or your stomach is uneasy. 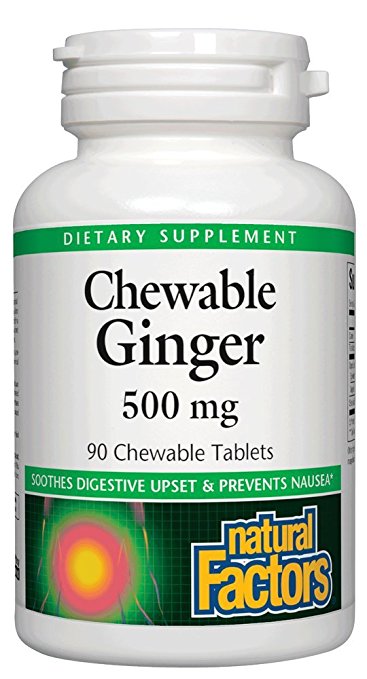 Next is HCL which Makena and I take before each meal.  Many people suffer from low stomach acid so adding in hydrochloride increases the acid in your stomach which aids in the digestive process.  Its also required for the extraction of vitamin B12 from our food. 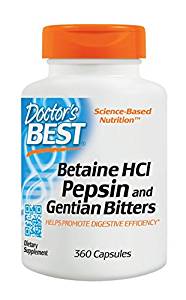 Bromelain is comes from pineapples and its known to reduce swelling & inflammation so its great for Makena’s JA. 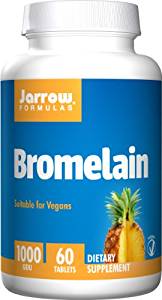 I also take 50 mg of 5 HTP each morning.  This supplement helps balance out serotonin levels. Aso its great for anyone suffering from sleep issues, fatigue, or even depression, anxiety, tension-type headaches and also fibromyalgia. 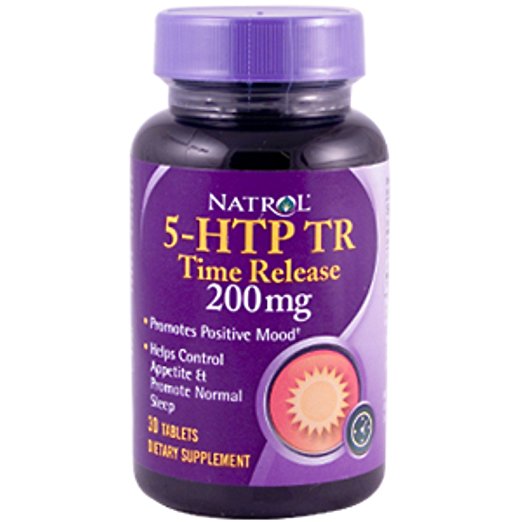 Magnesium glycinate helps with energy levels, muscle spasms, helps regulate neurotransmitter receptor sites in our brains, and is great for people like myself who suffer from nervous system disorders. 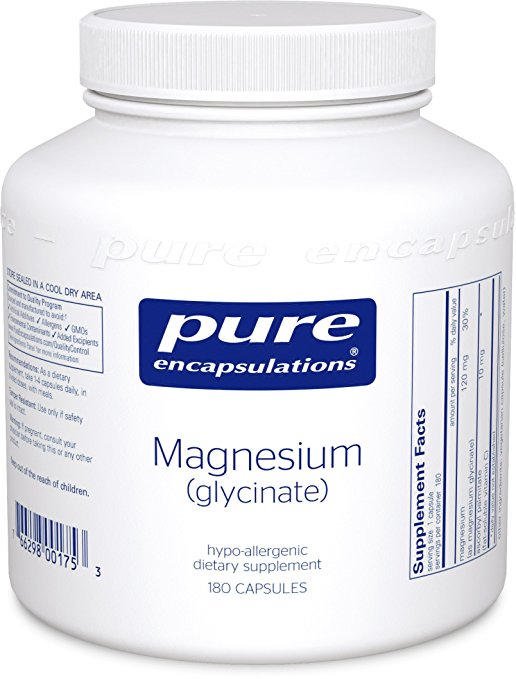 Obiquinol is an active form of coenzyme Q 10 which is a powerful antioxidant.

And last, if I’m ever feeling very stressed out or anxious, I may end up taking some Holy Basil.  Its also great for anyone suffering from adrenal fatigue or cortisol levels that are all over the place. 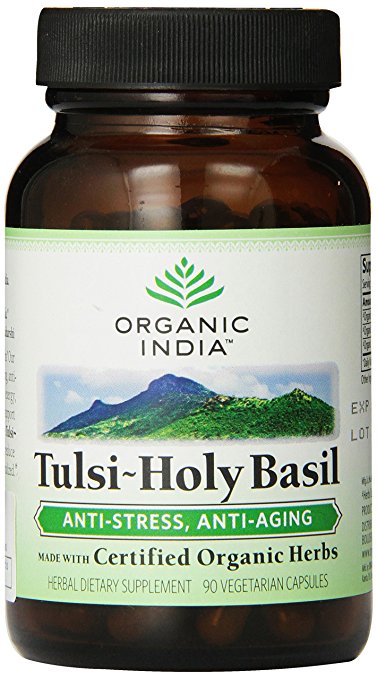 My husband will then get the truck ready, I can’t tell you how much this inflatable bed has helped on our car rides.  There was a time where I couldn’t sit for longer than a few minutes, so driving anywhere was completely out of the question.  Now though, I just weave myself in and out of the seat belts and I’m good to go with pain free driving for as long as it takes in the car.

** DISCLAIMER before anyone says anything… YES we are aware this isn’t the most safe when driving, BUT I’m pretty locked in with the three seat belts and really, the alternative is me either missing the tournament or being in extreme pain before the day even starts.  I choose taking the risk! ** 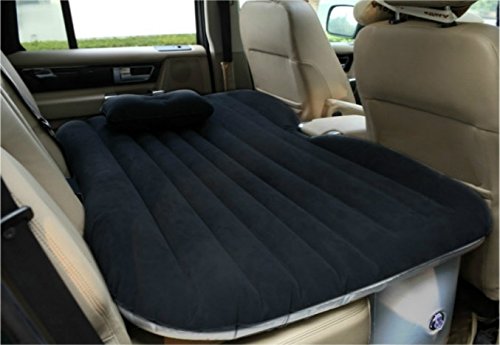