“Healthy, home made, SUPER FOOD crackers are less than 1/2 an hour away!  Simple ingredients, use your favorite spices & herbs, and this quick recipe will have you making these crackers on a regular basis.  These pair great with Bush’s Beans new Hummus Made Easy flavor packs!”

With veggies, slathered on a sandwich, scooped with a pita chip or cracker, on a salad… it honestly doesn’t even matter.  I’ve been a long time hummus lover, but lately it’s been freshly made & stored in my fridge every single week for the past two months.  It’s such a simple and easy and HEALTHY alternative to traditional dips that are typically very high in fat and low in other things like fiber and protein.

What’s even more exciting for me is fresh, homemade hummus just got even easier to make!  Granted, it doesn’t take much effort making it traditionally with garbanzo beans, tahini, and your desired flavors…. but if there is a short cut to be had on occasion, I’m going to take it (especially if its equally DELICIOUS)!

No need to gather a bunch of different ingredients, spices, and flavorings!  Bush’s Beans just made life & that shopping a bit easier!  Initially I was worried about these flavor packs because I thought it would have a bunch of ‘unnecessary’ additives, but much to my surprise and satisfaction they don’t!  Just everything that’s supposed to be in fresh, homemade hummus!  I love having the satisfaction of making something from ‘scratch’, but cheating a bit haha!  So simple.

After the first batch I made (and disappeared within 2 days) I was ready to whip up another, but this time I’d extend the homemade sentiments and make my own SUPER FOOD crackers as well!  Pretty adventurous on my part because crackers are not something I have ever attempted.  Boy oh boy am I glad I did though!!!  I had no idea how they would turn out, but much to my surprise the ‘super food’ crackers were a cinch to make and DELICIOUS!  The dough literally took 5 minutes to whip up, rolling and cutting took another few minutes, and the batch was cooked in 15 minutes! 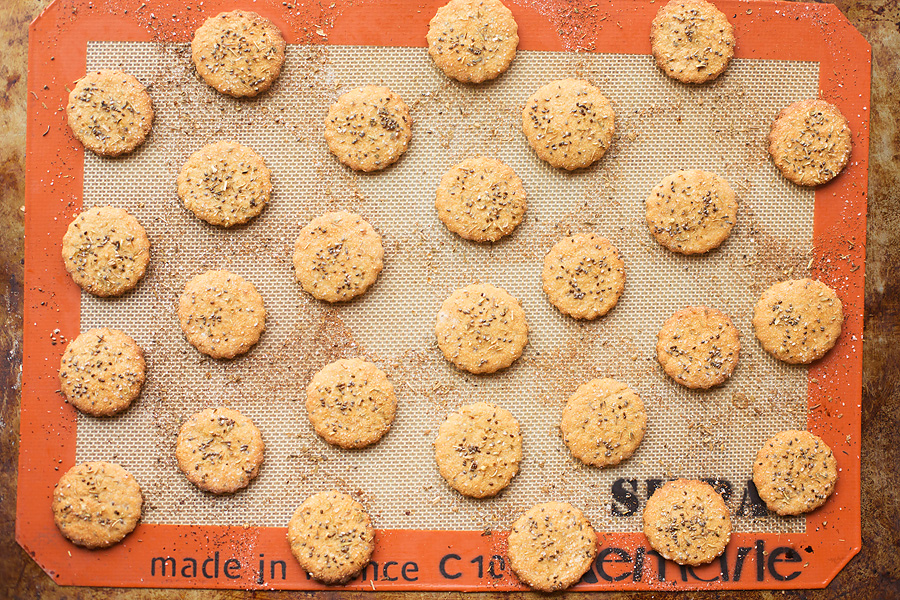 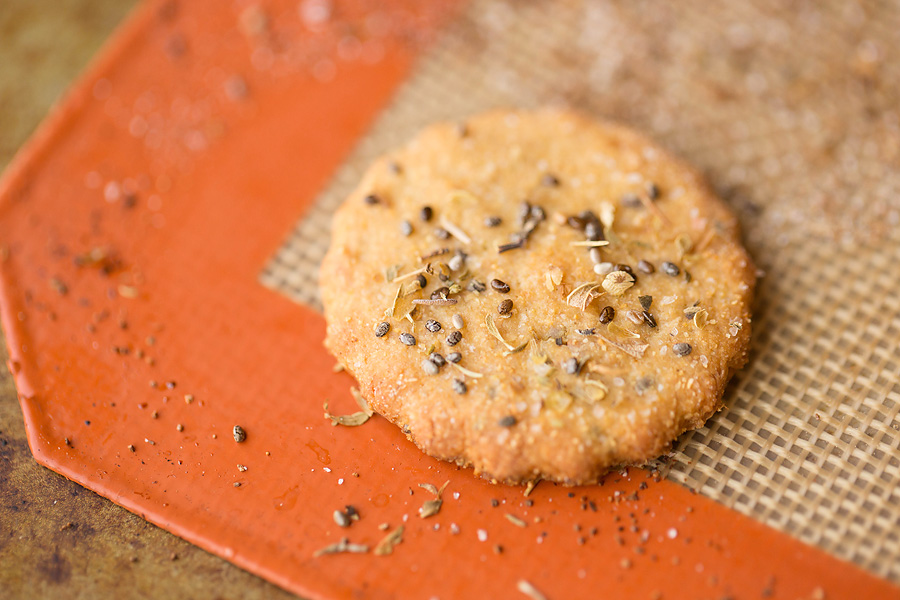 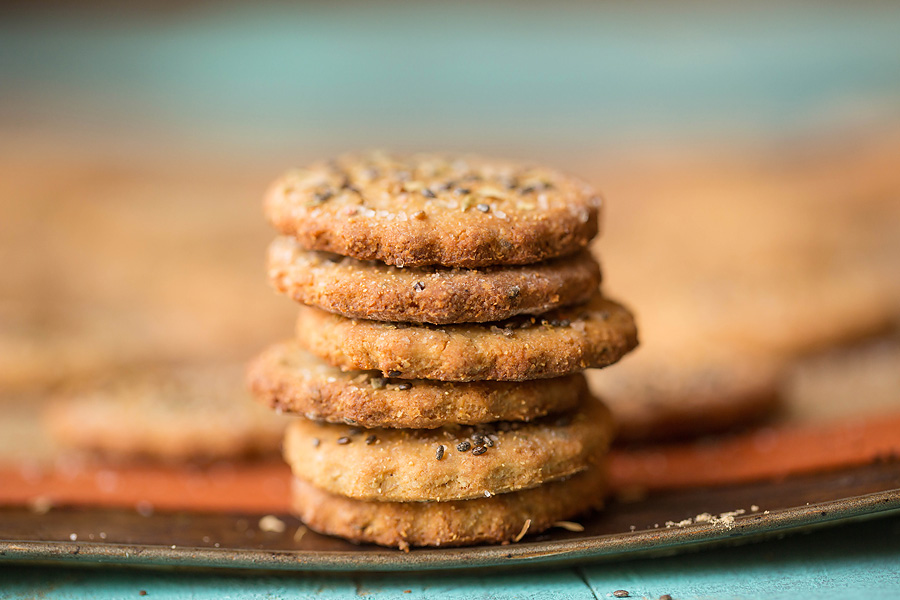 Pretty aren’t they?  I opted for a neutral (yet flavorful) cracker and topped them simply with chia seeds, salt, pepper, garlic powder, and oregano because I knew they would pair well with a fresh batch of Bush’s Beans ‘Roasted Red Pepper‘ hummus.  I definitely wanted to taste the cracker in all it’s super food goodness, BUT it was more important for the hummus to be the hero here!  The only change I would make on my next batch (because there WILL be plenty more batches of these crackers) would be to roll them even thinner.  I wasn’t sure what they would do once baked: would they spread and thin, would they puff up, etc. but now I see I could make them even thinner!  These are more like Ritz crackers, but I actually prefer EXTRA crunchy and thinner ones.  Next time…. for now, I’m enjoying and eating my way through first attempt!

OK, so with the crackers made and cooling, it was time to take 3 whole minutes to make my fresh hummus! 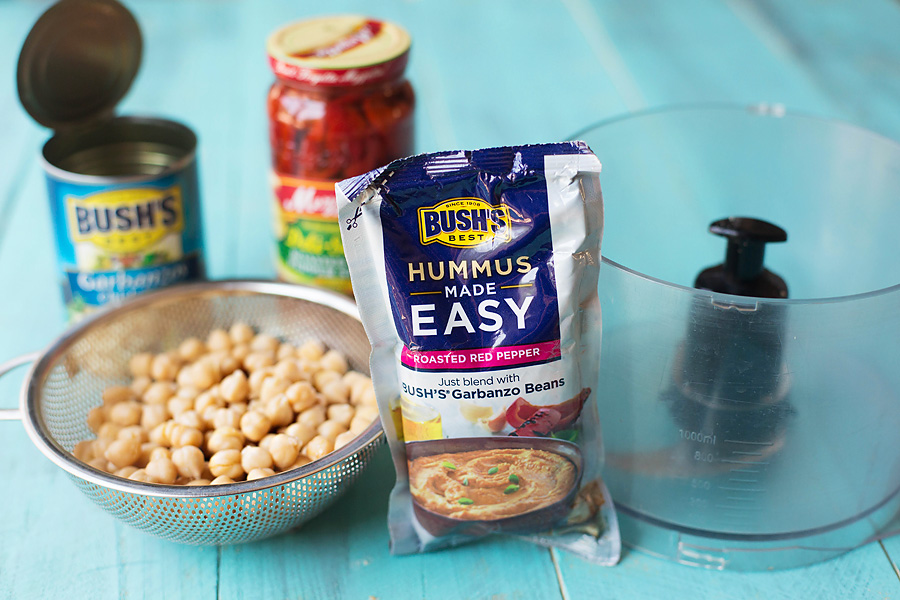 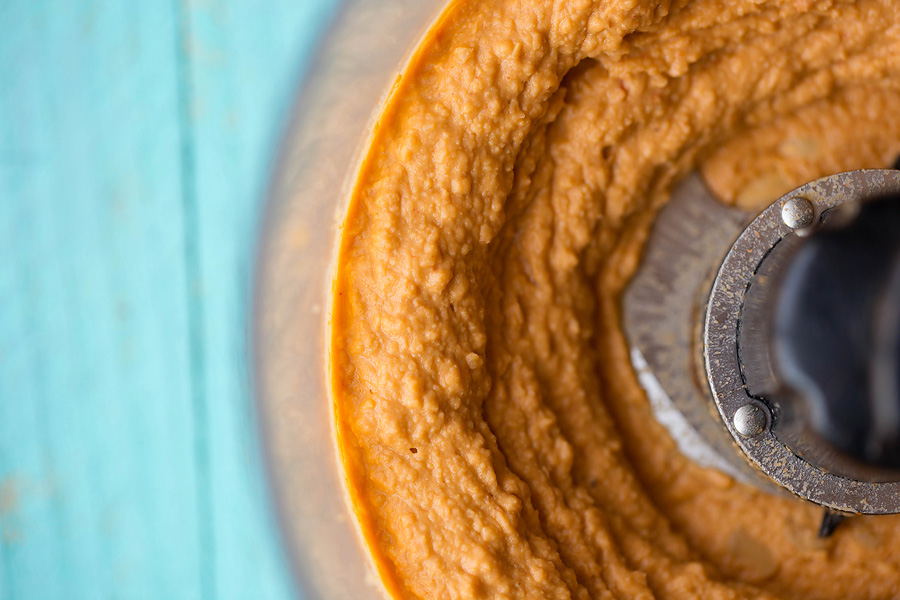 Yup, it’s THAT easy!  1 can of garbanzo beans + 1 ‘Hummus Made Easy‘ packs= fastest batch EVER!  The addition of the (jarred) roasted red peppers added that finishing homemade touch! Time to devour & enjoy thoroughly 🙂 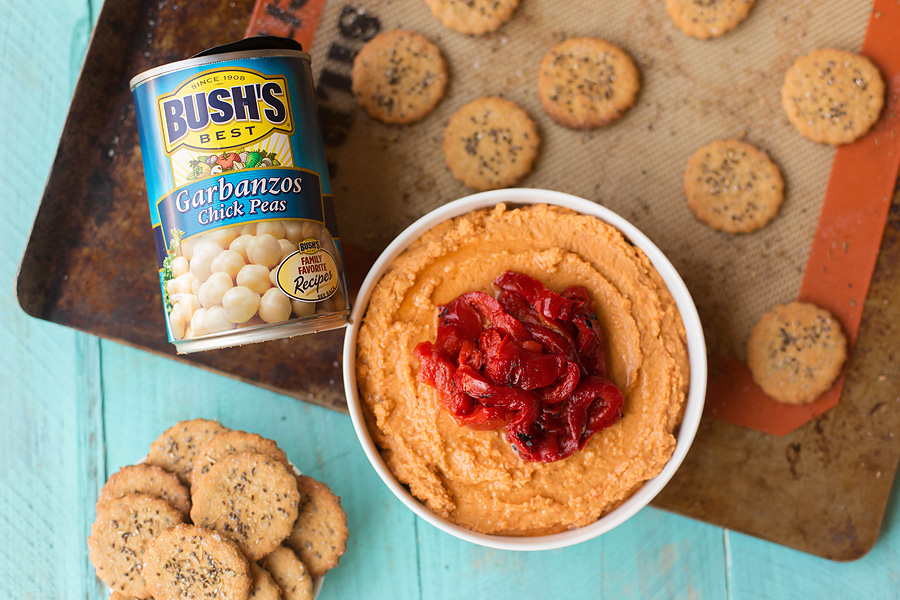 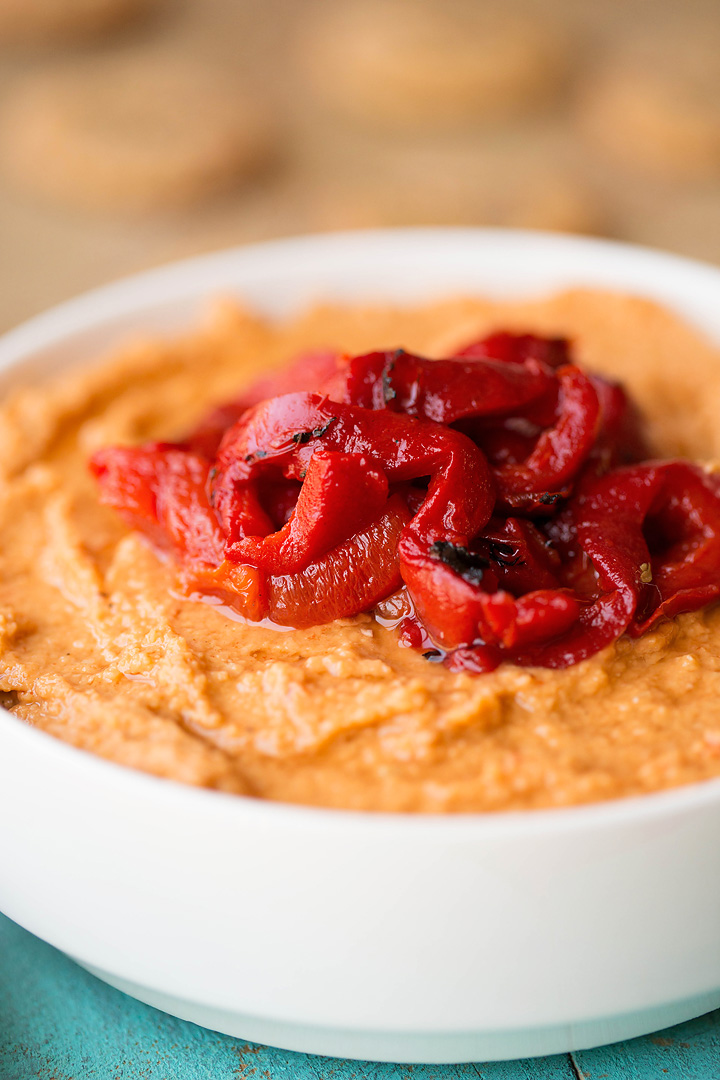 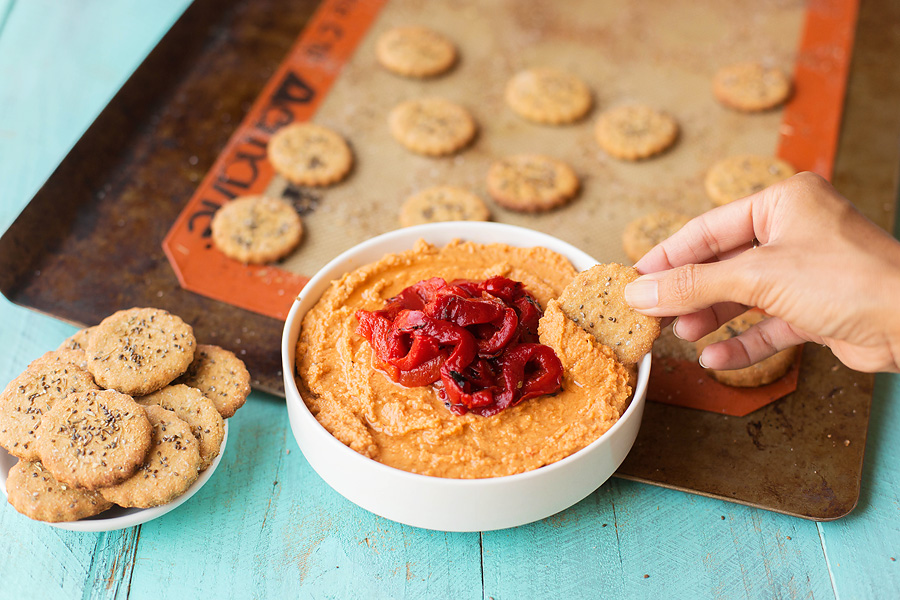 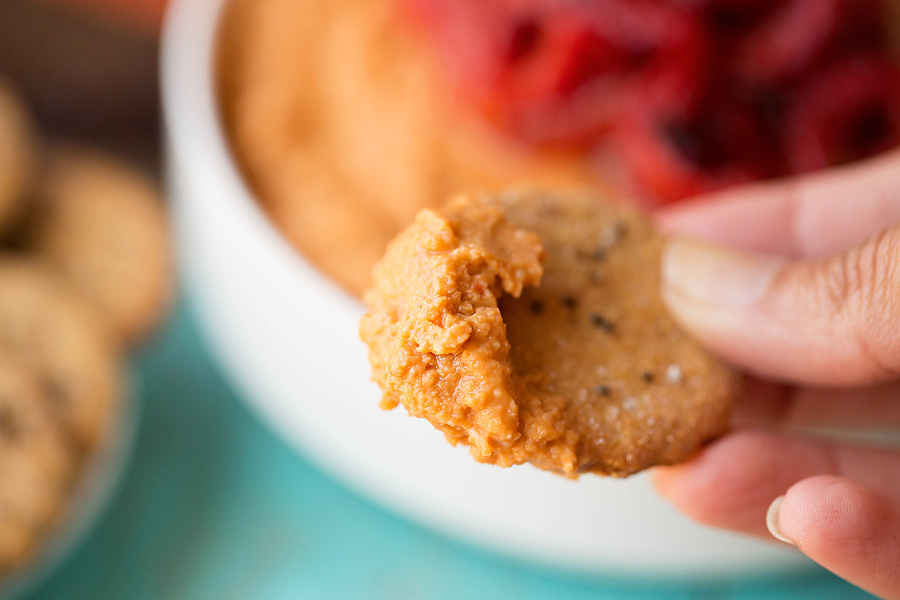 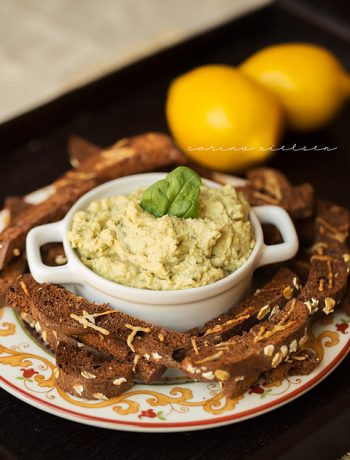 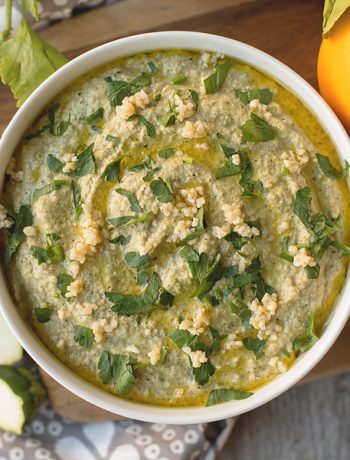 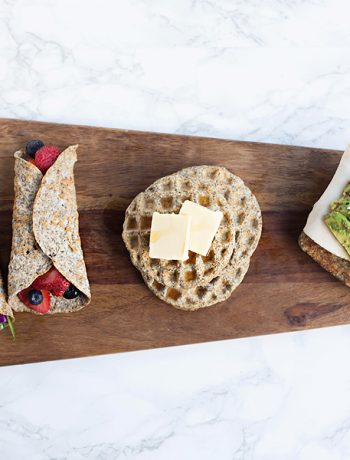