National Donut Day has already come and gone but visions of those tasty treats have continued to dance around in my head.  I didn’t get a chance to make it to the donut shop last week, but I did manage to whip up a batch of my own donuts last weekend.  Super DELICIOUS but obviously not the same regular donut… just no real replacement  for all that sugar and fat!  However, I was able to enjoy the entire batch of SIX  VS the ONE store bought donut I would have eaten!  Yeah, thats a win win situation in my opinion because these were SO good.  I was licking any and all topping that had fallen off the donuts and onto the plate….. this was a great post workout meal! 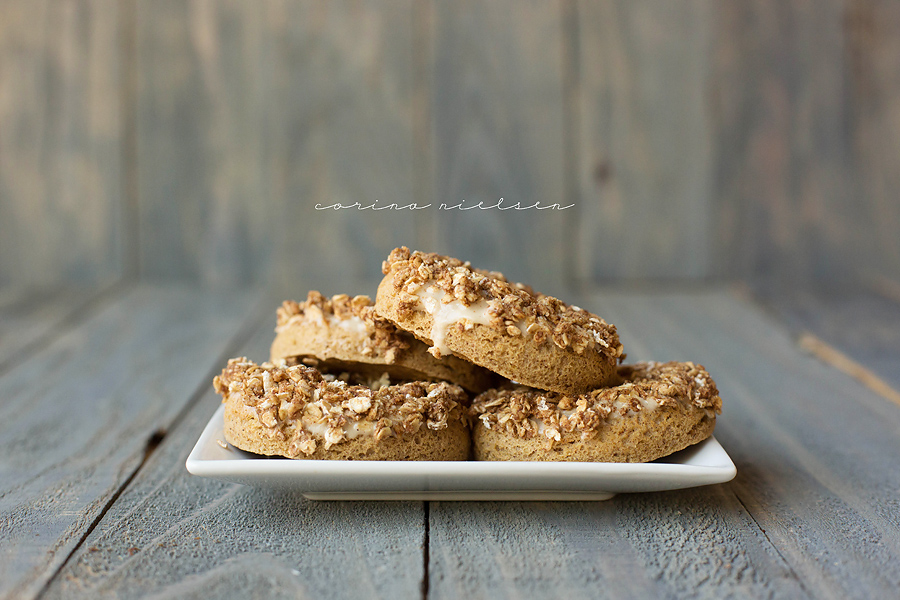 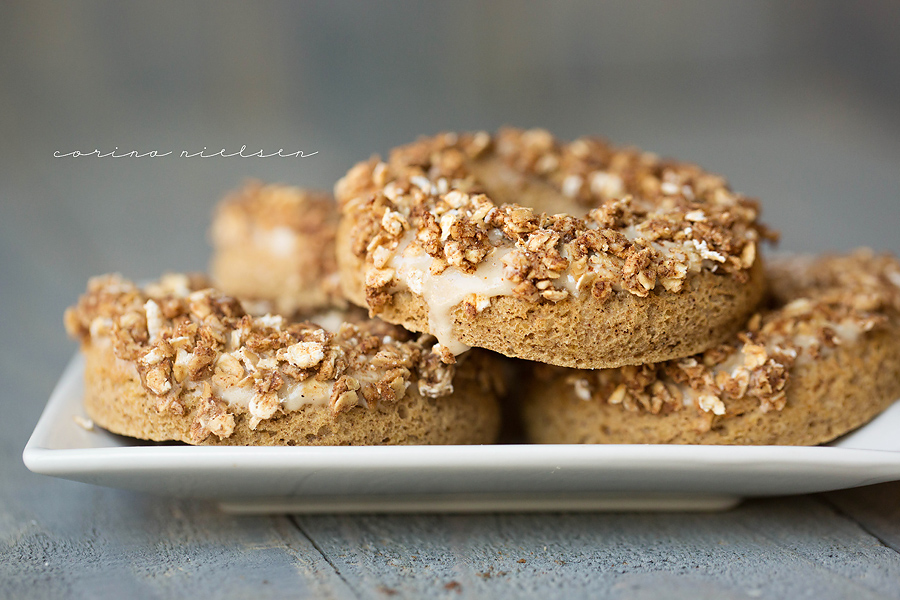 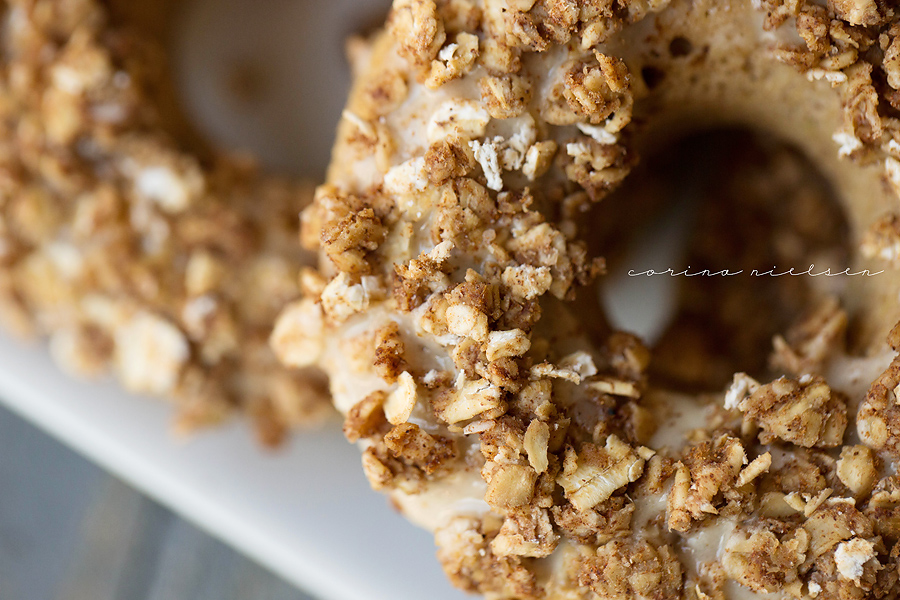 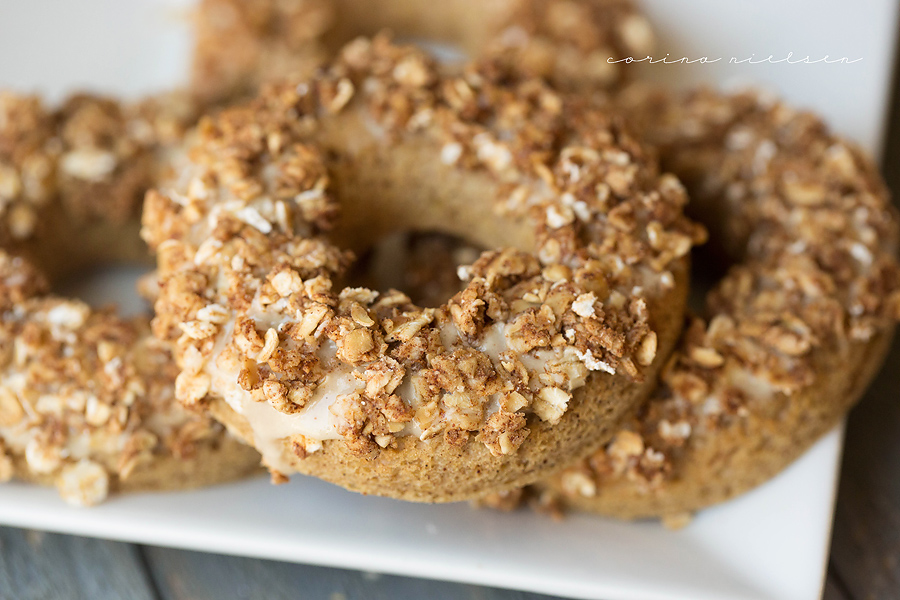 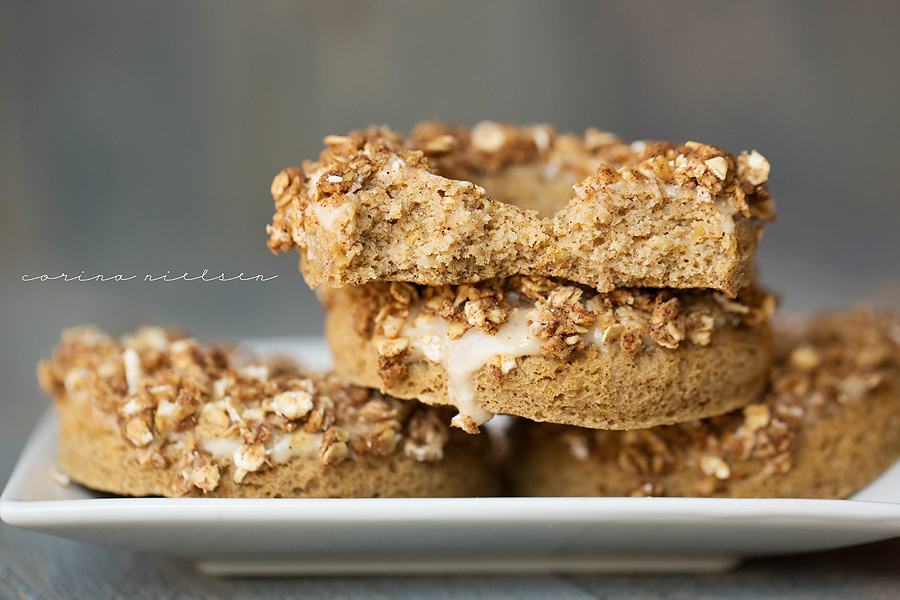 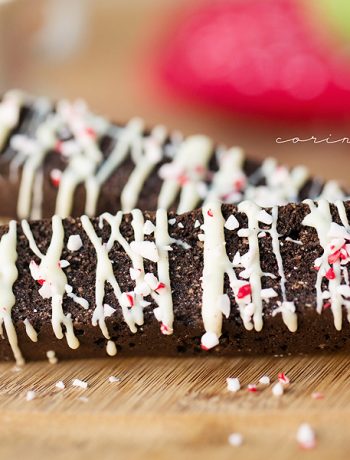 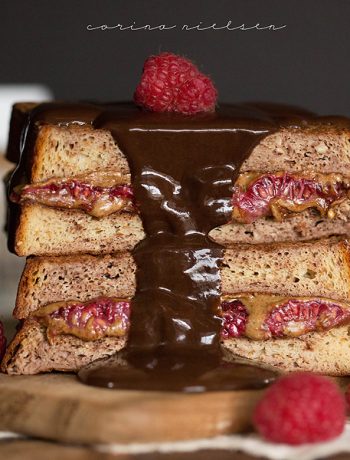